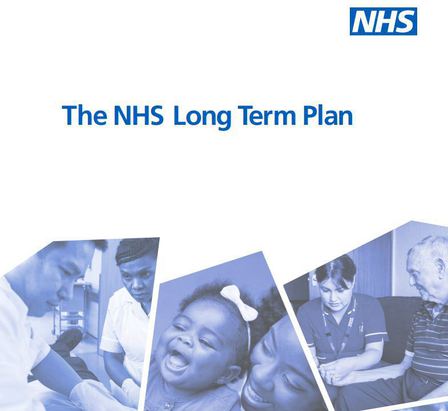 Yesterday saw the publication of the NHS Long Term Plan. This is the first plan of its kind which aims to introduce strategies that are more far-reaching to bring about systemic change and meet the challenges the NHS faces around staffing, funding and the growing and ageing population. The plan comes at a time when a secure and improved funding path for the NHS has been provided, averaging 3.4% a year over the next five years, compared with 2.2% over the past five years. While this increase in funding is welcomed we share the concerns that many of our National Dementia Action Alliance (NDAA) members have on whether the increase is actually enough to address the shortfalls in key areas like NHS staffing and care provisions. That being said we do applaud the notion of planning for the longer term introduced here.

Of course our primary interest in the plan is the approach to supporting people living with dementia and carers and there are some positive initiatives put forward. The first of these is an increased focus on community multidisciplinary teams aligned with new primary care networks that will provide more care in the community which is the type of support people living with dementia can really benefit from. The report details how services will strive to allow people to retain independence and acknowledges this will include supporting people with long term conditions such as dementia. As well as the increased community based teams the report suggests technological advances such as location trackers as an example of something that could be used to support the increasing number of people with dementia. Whilst utilising technology is welcomed, we would sound a cautionary note on these solutions being used to replace support from trained medical professionals.

Prevention is a theme present throughout the plan and there is a commitment to reduce the number of avoidable hospital visits to ease pressures on the NHS overall. This will be beneficial for people affected by dementia as a visit to hospital can be very distressing and that is why we introduced our own Dementia-Friendly Hospitals Charter to improve that experience. The proposed reduction in preventable hospital admissions is also attributed to the increased community teams and technological advances, combined with initiatives like fitness and balance training as options to avoid falls for elderly people. All of the aforementioned content appears in chapter 1 of the plan which is entitled the new service model. This section also notes that more needs to be done by the NHS to provide greater recognition and support to carers, many of whom are unpaid and informal. We’re pleased to see the plan acknowledge this and a commitment to try and do more to support this vital group of people that provide invaluable support to those living with dementia.

The next section of the plan where we see dementia considered is the chapter on progress around care quality and outcomes. Here the plan lists the ‘biggest killers and disablers of our population’ and dementia is on that list along with cancer, mental health, multimorbidity, cardiovascular and respiratory conditions. It is disappointing as a result to see that the other conditions listed all have detailed sections of the plan stating targets and strategies to combat that but there is nothing like that for dementia. It would seem that dementia is still not given the same priority as other diseases in this way, despite figures that show that more than a million people will be living with the disease by 2025. We would urge the Government to consider this more of a priority going forward and to put in place planning on how health care together with social care can support people living with dementia in years to come.

That last point could perhaps provide a clue as to why more focus isn’t on dementia in this long term plan. The nature of the disease in most cases is that it is long term and so people require support and multi-agency working from an integrated health and social care service. And at this point we have to state that we are disappointed that the Social Care Green Paper that was originally scheduled for summer 2018 wasn’t published with the long term plan. New initiatives around community teams or easing pressure on hospitals are unlikely to be effective if they are supported by under-resourced and over-stretched adult services teams. Changing the focus of policy towards prevention is commendable but to have a positive and sustained impact it will need to be backed up by programmes and services provided locally. In the current climate local authorities don’t have budget to provide these.  We await further information on when that reform to the social care system may be delivered and hope it will be integrated with the plans laid out in this long term plan.